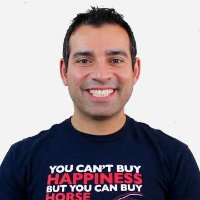 Ali Allage, CEO
It’s been thousands of years since the first cave paintings were made, and collecting data and telling stories had been one of our most fundamental communication methods. Comprising of a background or context layered with information, stories ends up with conclusions. A well-executed data visualization process is no less than storytelling. Utilizing widespread big data, it explicates the setting, piles-up the information, and yields a conclusion. Critically, to understand what story to tell, whom to tell and how to tell are the decisions pertaining to an effective data story. “A data story isn’t much different from any other story–there’s a point you want to make and you need to lead your audience on a path from ignorance to awareness,” says Ali Allage, CEO, Boost Labs. Based out of Gaithersburg, MD, Boost Labs are undertaking data visualization challenges head-on and creating uncluttered data stories for its clients.

Since past few years brands and businesses are squalling marketing messages on platforms viz. print, television, cinema, and recently on the internet. But the overuse and manipulation of statistics has stirred up mistrust between consumers and marketing personnel. The modern consumer wants to make their own decisions instead of conclusions given to them through traditional infographics. Although traditional infographics are both exploratory and explanatory, they turn out to be complex and hence aggravate the situation further. A silver bullet for alleviation is Interactive Data Visualizations comprising of the conclusions and the data used to draw them. Boost Labs has cemented its role as data visualization expert by offering interactive layers that give users the ability to dig deeper into client’s data story.“The advantage to this type of marketing is that you can present an effective data story. At the same time, you allow investigative consumers to see the data that you used to reach your conclusions,” explains Allage.

Boost Labs serves a diverse client base constituting of private, public, and nonprofit industry clients. The team touched upon a success story where they helped The Committee of 100, a membership organization of Chinese Americans, that began its opinion survey project aimed to determine American attitudes toward China, and the contrariwise in the year 1994.

Boost Labs specializes in Data Visualization and User Interface Design to bring life to great ideas, whether they result in print, web, mobile, or other products

Till date, the committee has produced opinion surveys in 2001, 2005, 2007 and 2012. Boost Labs helped the committee in organizing, analyzing and structuring this large data using data structuring, content translation, user interface design, and programming tools. The outcome of aforesaid process is an instinctively understandable data that allows interested parties to consume and interpret implications from the data. “Boost Labs specializes in Data Visualization and User Interface Design to bring life to great ideas, whether they result in print, web, mobile, or other products,” reflects Allage.

The team at Boost Labs comprises of experienced data analysts and information designers that creates visualizations capable of demonstrating complex, multi-layered data concepts in an engaging and insightful way. “We have Information designers instead of graphic designers, a specific subset of graphic designers who have an education and training in how to represent data visually,” comments Allage. The leadership infers the uniqueness of each client and their aspiration of being industry leaders. To cater this prospect, Boost Labs has instituted a culture where speaking from experience is a requirement and out of the box ideas are encouraged. The leadership is also determined to create intuitive solutions that inspire and serve real purpose in the future as well. 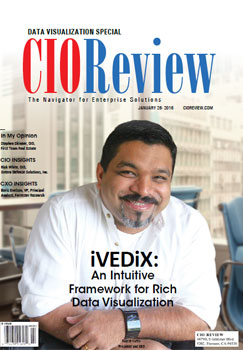