The Future of Blockchain

The Future of Blockchain 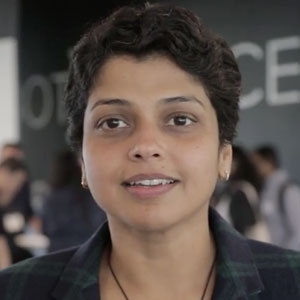 Recently, I went to a bank to help my Spanish speaking friend avoid a minimum balance charge in one of her many unwarranted bank accounts. When I tried consolidating all her accounts, the banker started speaking in Spanish and recommended her to open another account. I lost my mind and the Wells Fargo bank eventually paid $185MM fine for creating ~1.5MM fraudulent customer accounts over a few years.

Birth of the Bitcoin

Experiences like these caused consumers to distrust big banks and look for alternatives without intermediaries. Satoshi Nakamoto, the founder of bitcoin protocol who remains pseudonymous was inspired and his first genesis block reads

“The Times 03/Jan/2009 Chancellor on brink of second bailout for banks.”

The intent was to enable peer to peer trustworthy global transactions while providing equal opportunity for all to earn Bitcoin rewards using a concept calling Mining. Consider miners as transaction police who confirm transactions for a reward by using the wisdom of the miners’ crowd. Mining is competing to be first in solving a computer puzzle to uniquely name a group of transactions with a Hashcode and earn bitcoins as rewards. Unfortunately, bitcoin mining is not widely used as it has many issues namely

a) Requires massive compute power greater than a nuclear power reactor (approximately 2 Gigawatts to 7 Gigawatts) to solve the mining puzzle.

b) Multiple code hacks caused a loss of over 100 M from the network.

c) Does not provide equal opportunity to mine because 4 miners own over 51 percent of the Mining capability as seen in the image below.

Bitcoin may not truly decentralized but the underlying technology it uses - “Blockchain” has the potential to disrupt several industries including finance. The updated platforms like Ethereum, and EOS claim to solve the Bitcoin scalability and latency issues. In fact, funding has never been easier for Blockchain companies with $4B raised by Block.one in less than a year and $33M obtained in 30 seconds by SingularityNet. Over $17B in investments transpired in 2018 with 3.5x growth over 2017 and we are half way through 2018. The growth trajectory of Initial Coin Offering (or ICO) in the cryptocurrency world is unparalleled.

In comparison, the entire 2017 VC investments were about $70B (down by 4 percent YoY) and Uber took nearly 9 years to raise over $20B. If this ICO-mania (check out TataTu & EOS valuations) is making you anxious, regulators are working to clarify token rules. 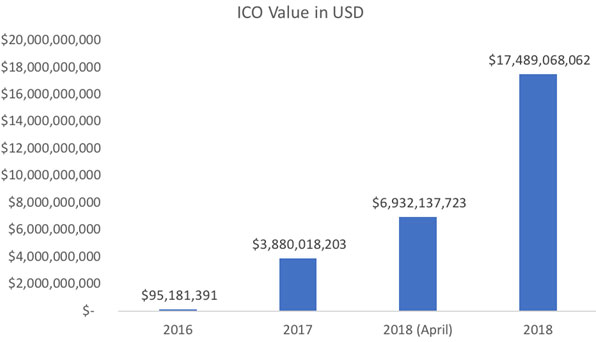 So, what is a Blockchain and how does it fit in this vibrant cryptocurrency universe?

Irrespective of crypto prospects, Blockchain which is the underlying technology used by the cryptocurrency networks, will impact data integrity and transparency. If we ignore cryptocurrency trading and focus on the platform technology, Blockchain will change the way companies think about data collection, privacy, and analysis which are critical components of a robust business strategy.

What are the advantages of Blockchain?

You can use AWS / Google Cloud with backup servers for a Blockchain effect. It is not the same because Blockchain has advantages listed below

b. Difficult to hack: Assume your identity is stored on a secure corporate database with backups in the cloud. If a hacker edits your data, that change will also be backed up unless someone notices the discrepancy. However, with the Blockchain, the majority of nodes in the network have knowledge of all the verified data at the same time making it difficult to hack.

c. Reduces Cost by eliminating middlemen and creating your own cryptocurrency. If you want to transfer money directly amongst your vendors, suppliers and other stakeholders, you can use your cryptocurrency. This is similar to converting your FIAT currency USD to casino game chips in Vegas and using it within a network of casinos without fees. A similar concept was implemented in the Syrian refugee camp in Jordan by UN.

In my view, there are three paths with Blockchain:

1. Platform Blockchain: The enterprise companies that will adopt blockchain technology when it becomes cheaper than Cloud + Backup option with value-added transparency without cryptocurrency.

2. Platform + Cryptocurrency: Firms will offer its decentralized solution for solving various customer problems on a Blockchain and provide its own utility token to minimize costs. E.g. Finance: Ripple, AI: SingularityNet. When people start trading these utility tokens, the value shifts dramatically as they are not asset-backed causing them to gain or lose money heavily (lawsuit Coffey vs. Ripple labs).

3. Alternate Currency: An idealistic segment will create its own virtual economic world with cryptocurrencies and minimize interaction with banks because they don’t want to associate with ’big bad banks’. This group will have limited interactions with the FIAT economy.

Technology In Corrections “Things Are Only Impossible Until...

Putting The Awareness In Security Awareness