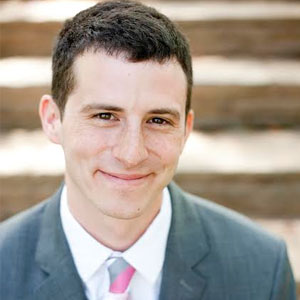 Potholes are a challenge for all cities to tackle. In Syracuse, NY, consistently one of the snowiest cities in the country, wear and tear from temperature changes and plows going over the roads means thousands of potholes appear each year for Public Works crews to fill. These potholes are signs of underlying problems in the road, and can cause damage to vehicles.

Collecting, analyzing, and visualizing information about potholes is important for planning operational work, but this is easier said than done. Thanks to Mayor Stephanie Miner’s leadership, the City has embraced challenges like these in order to increase service delivery to the public.

In Syracuse, our Department of Public Works receives pothole complaints from both staff and the public making reports on the phone or online. The crews respond to fill potholes within about six days and along the way, fill additional potholes that they find. Until last year, the crews wrote down the locations of the potholes filled on a piece of paper. Counting and finding trends about where and when potholes were filled was difficult. Finding accurate data is critical to improving our responsiveness and fixing roads. This information helps determine where roads get paved in the future and it showcases how much work crews do in the field.

​Once the data is loaded, we visualize the data using an interactive javascript data visualization package called Highcharts for bar and line charts.

As the infrastructure in Syracuse declines and the staff resources become smaller, asking crews to log every pothole they fill in a digital format would likely slow them down. Tablets and smartphones are also not distributed to all workers in the field.

To accurately count the number of potholes filled, we had to think outside the box for a way to easily track where and when they are filled without adding time to the crews’ process.

Each public works truck has a GPS unit on it. These units report the location of each truck every minute they are in operation. They also report if the truck is doing something—turning, putting salt on the road, or filling potholes. Our crews use a truck called a DuraPatcher to fill potholes, that’s equipped with a hose which shoots sticky emulsion followed by stone into the pothole to fill it. With some changes to the GPS settings, we began to track every time the hose was fired, which gave us the location and time each the pothole was filled—and the crews did not have to do anything additional in their process. It even saves the step of writing the pothole location down.

With the process put in place to collect the data, we then needed to filter, clean, and visualize it. Each day, we receive a bulk dataset of every reading the GPS units did the previous day. We wrote a program in Python to read the data from a file transfer protocol (FTP) site, filter the bulk dataset to only select rows of data where a pothole was filled, and then load the filtered data into a database that city staff and the public can access.

These visualization packages require some training in using javascript, but are free and open source.

The visualizations are made available to the public and are regularly reviewed in performance management meetings with top management in the city. These visualizations help us understand how many potholes we should expect to fill, where the potholes are likely to appear, which roads may need to be paved in the future because potholes continue to occur, and how many potholes are being filled versus how many are filled.

Prior to this process, we could not tell the public that we fill hundreds of potholes per week or that five times as many potholes are filled as are complained about. Now we know these answers, and the public does as well. In fall 2016, the City partnered with Syracuse University’s School of Information Studies, as well as AT&T, and Hack Upstate—a semi-annual hackathon, and asked participants to use this pothole data to create projects. More than a dozen projects were submitted, ranging from predicting future potholes to creating a chatbot through Facebook Messenger to report potholes.

This specific method might not be right for every city dealing with pothole problems. Data practitioners who do not work in the public sector might not have use for this specific method at all. The takeaway is that sometimes approaching the data collection problem from a different angle can solve the problem. We could have spent thousands of dollars providing crews with phones and an app to better track data or building a custom solution that required training and took crews away from their main priority—filling potholes. Instead, we found an existing resource, changed its purpose slightly, and determined that the data collected was good enough to help make decisions in the future.

With a new data input and intuitive data visualization, we can tell a better story to constituents in the City about the work that gets done, and manage that work better on a daily basis.

The Journey to Swift Digital Transformation

Virtual Immersive Learning: The Next Frontier in Higher Education

Making the Case For Moving from Health IT to Health Analytics

Data as a Business

Ricardo Leite Raposo, Director of Data & Analytics at B3